At this point (Day 7), I’m realizing that Croatia is all about amazing waterfalls. This national park has such big waterfalls, in fact, that it was home to the second hydro plant that was ever built in the world (it opened very shortly after the one on Niagara Falls).

Krka National Park covers 42 square miles and was established relatively recently in 1985 to protect the River Krka and its abundant wildlife. 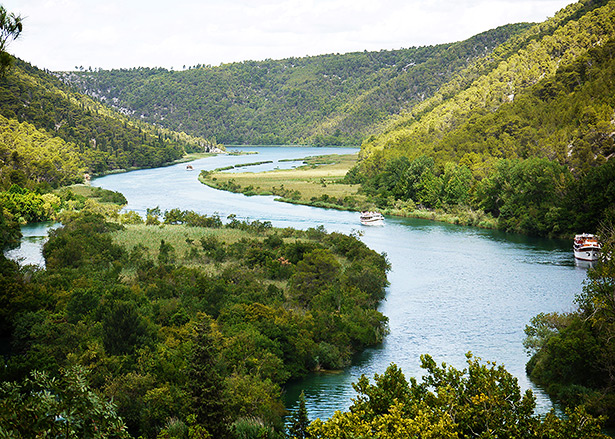 The tourists here never cease to amaze me in how they swim EVERYWHERE. If there is water, they are going to get in it. On the way to this spot, I saw a man (burnt to a crisp, btw) with a woman trailing behind him, trying to smear tanning oil (not sunscreen) all over his back before he got in the water…it was pretty funny. Aside from that, check out this waterfall – it’s amazing! 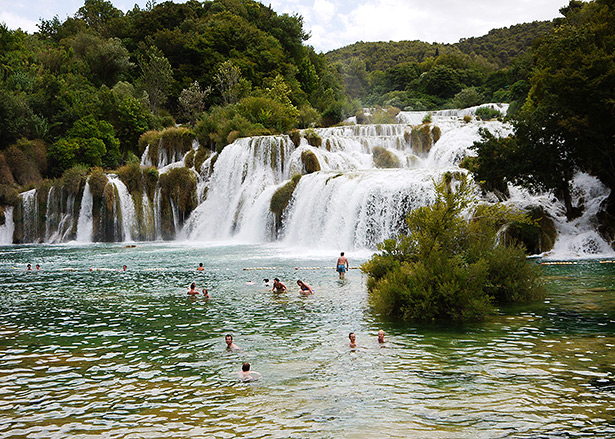 I pieced this image below together from two shots – you’ll have to click on it to get the full view (otherwise, it appears squished here).

At the end of the trip, some of our trip-mates were surveying which lunch we thought was the best and I voted for this one, hands down. Now, it doesn’t look like much, but just imagine UNLIMITED amounts of  prosciutto, fresh cheese, and tomatoes picked so recently, you can still smell the vine. Oh, and did I mention the best, fresh baked, fluffy on the inside, crispy on the outside, bread I’ve ever tasted? Yeah, it was pretty awesome. Needless to say, I ate so much that I had a stomach ache for a few hours afterwards, but it was worth every second of it, just to experience the best lunch EVER. 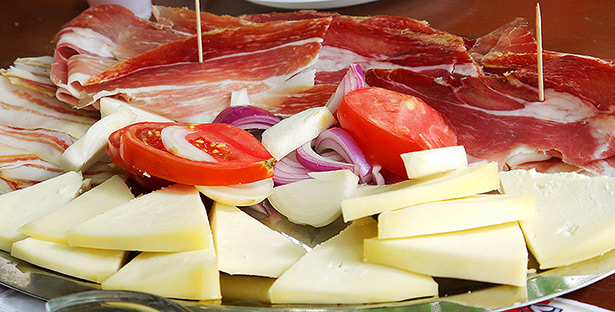 Towards the end of the day, we took a boat to the Monastery of Visovac, which happens to be on an island in the middle of the lake. It was founded by Franciscans in 1445. Monks still live here and take care of the buildings and lush gardens.