Family Portraits with an Autistic Child

A few times a year, a parent will call in to ask if I am comfortable photographing their family along with their son or daughter who has autism and I tell them, “Yes!” I’ve been very fortunate to have photographed a number of families with autistic children, and one child in particular has made quite a name for himself here in Sacramento. I wanted to take a moment to feature him and allow you all to follow his story.

Meet Jack. At the time this picture was taken (August 2012), he was just beginning a new relationship with Biscuit, his very own adopted service dog. 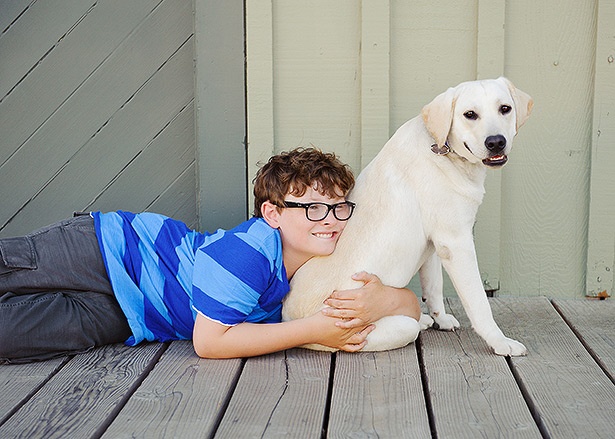 Quoting a 2012 article from Dandelion Magazine: “Jack calls Biscuit his ‘posse,’ explaining, ‘Biscuit has my back at school.’ The duo are inseparable. ‘Biscuit knows Jack is his boy,’ [Jack’s mom] says.” 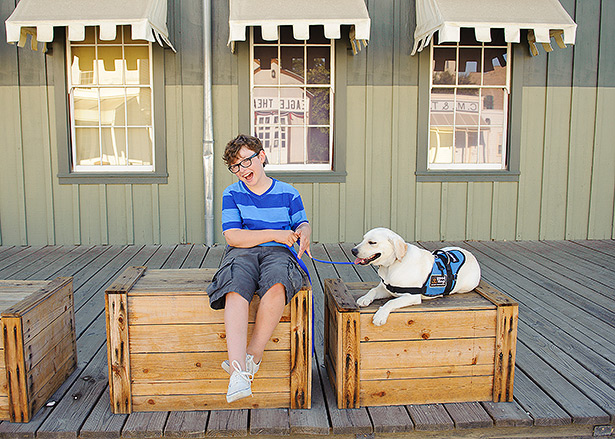 And here is Biscuit in all of his charming and lovable glory. Biscuit came to the Petersen family via Good Dog!, a San Jose organization that trains and places autism service dogs. 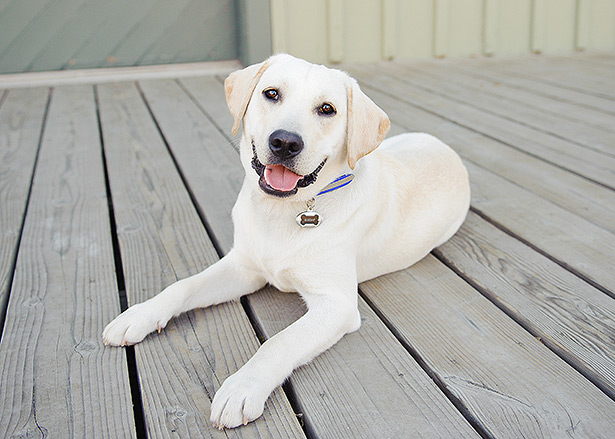 Here is the rest of Jack’s family. This image is from their holiday family portraits last year. The gorgeous woman in red below is the talented Jill Petersen, owner of Sacramento’s best full service salon, Byuti Salon and Spa. Jill has been my stylist for a little over four years now and I adore her. Plus, we have the same name, so that doesn’t hurt. Lol 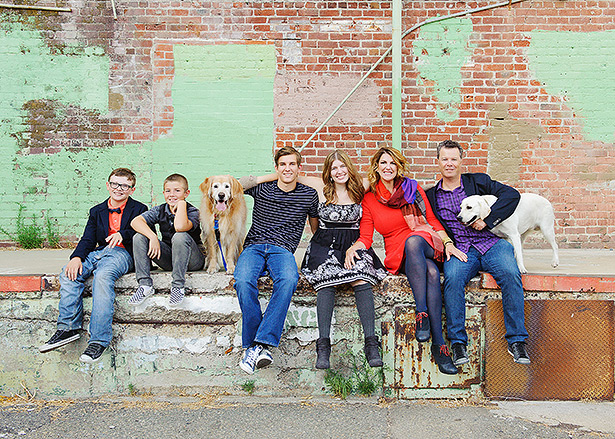 Jack has been featured in two issues of Sacramento’s Dandelion Magazine in the last couple of years. I’ve only told you part of the story. To read more about his adventure thus far, click on the two images below. 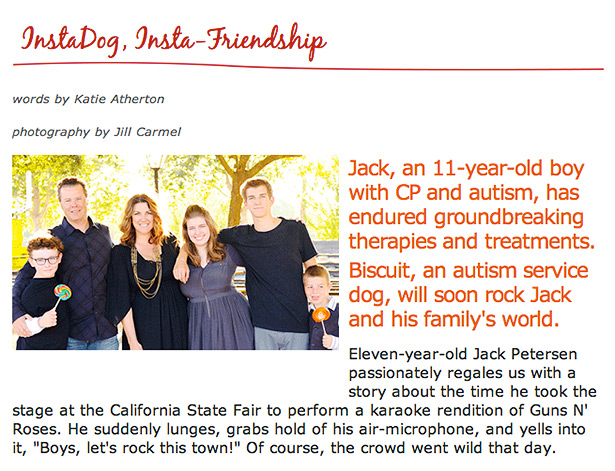 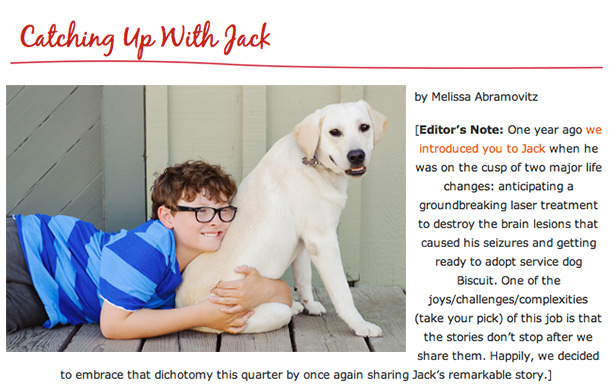