Day 3 was all about exploring the lovely pastoral Croatian countryside by bicycle. We left from Korana Village where we stayed for two nights (our little house was over on the left somewhere). If you click on the image below, it will expand into a panorama view of the beautiful valley, complete with its own turquoise river. The water that fills the river, actually comes from Plitvice Lakes National Park!

We couldn’t have asked for better weather and a more beautiful day. We rode through Rakovica, a community founded in the Middle Ages and known historically for being the site of one of the first attempts to win independence for the state of Croatia. 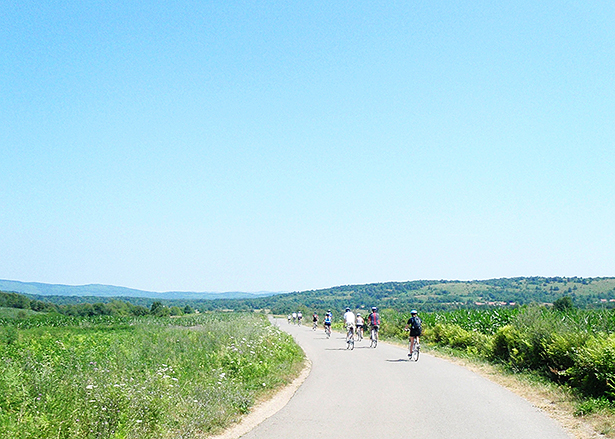 The countryside is dotted with churches and farms, set against the mountains and foothills. 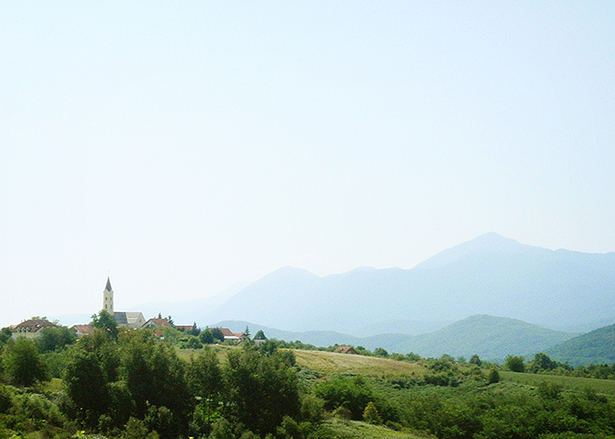 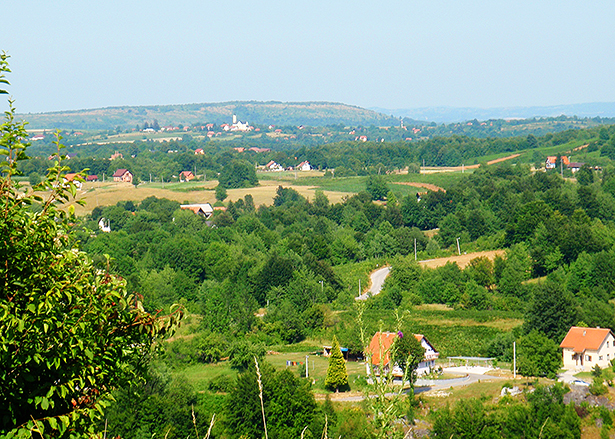 We stopped off to see Barac’s Caves, a series of very large caves that lie close to the earth’s surface. Unfortunately, we weren’t allowed to take any pictures inside, so I opted to take pictures of the guys playing “football” (soccer to us Americans), just before our guide picked us up for the tour. We had two ex-professional players in our group, so it made for a pretty exciting little game. 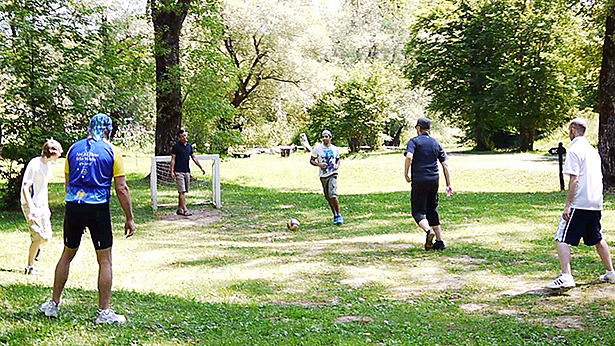 Here’s our group right in front of one of the cave openings — aren’t we so cute with our hardhats on! 😉

After four hours of cycling, a few of us decided to do a final hill-climb to see Plitvice from a higher vantage point. You can see how big the place is by comparing it to the hundreds of tourists gathered on the walkways (see arrow below). 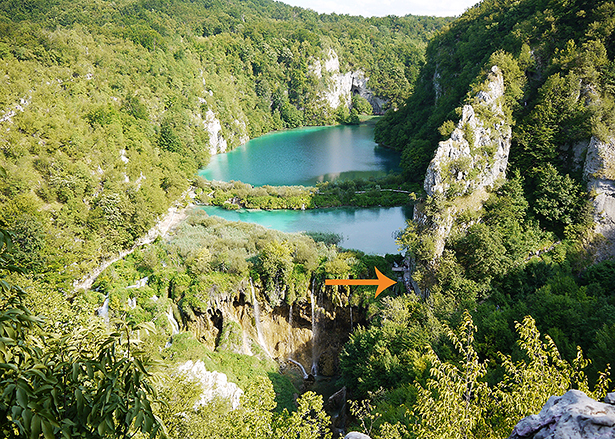 Coming up next — one of the best days of our trip — kayaking on the Zrmanja and Krupa Rivers!