Dubrovnik. I would wage that it’s likely one of the top three spots that tourists visit while on vacation here (evidenced by the throngs of tourists pouring off the nearby cruise ships). And it could’ve been one of my favorite spots, had I not been COMPLETELY spoiled by all of the amazing off-the-beaten-path spots that we’d visited prior to this one. But all that aside, it is a lovely city, completely surrounded by walls that were built in the 10th century. 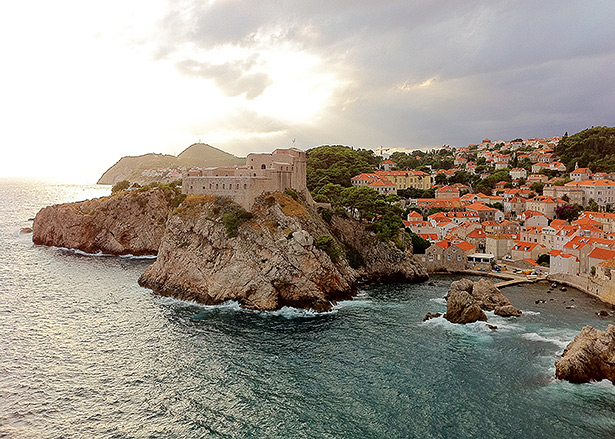 The red roofs on the houses within the walls are a pretty sight. 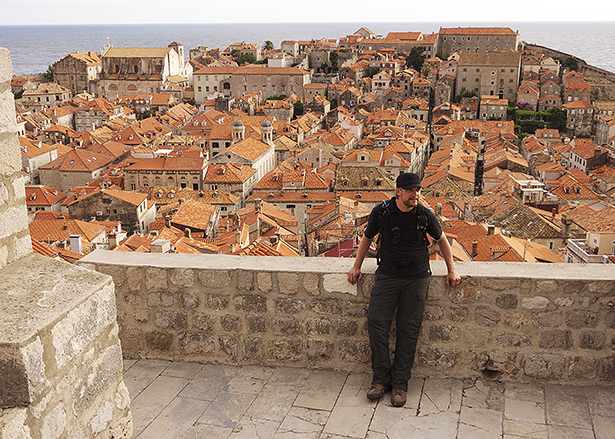 I think Drew is getting pretty good at taking pictures at this point! This is one of my favorites. 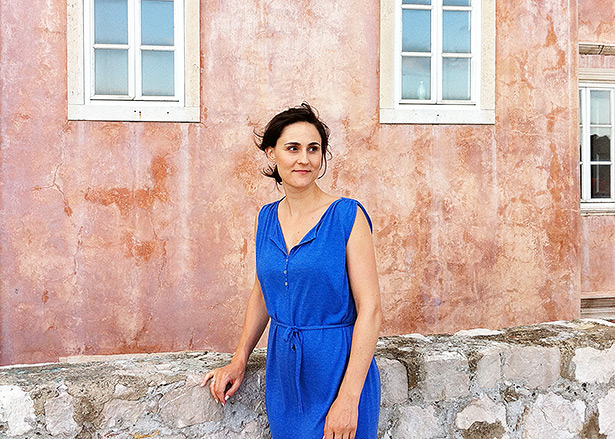 Here’s a good view of the wall, as it wraps around one of the residential areas. 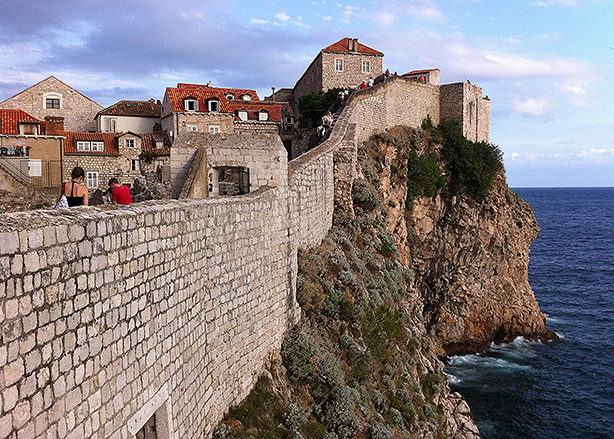 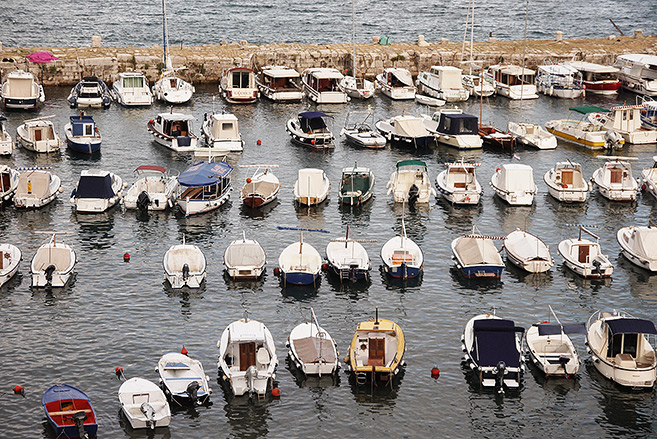 A girl saw us standing together and offered to take our picture. I’m so glad she did, because I love this picture of us, on our last day in Croatia. 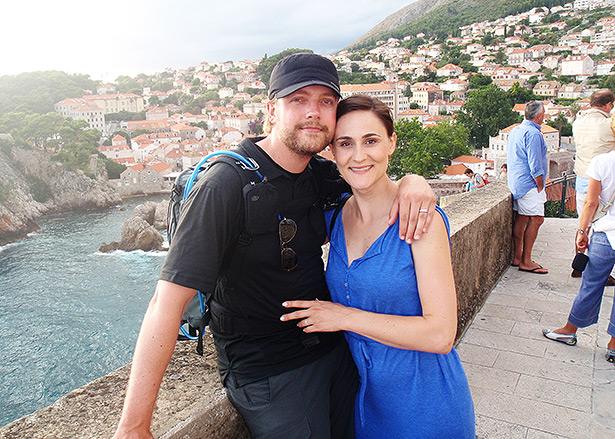 After visiting the inside of Dubrovnik, we drove up the mountain to see the city from above. 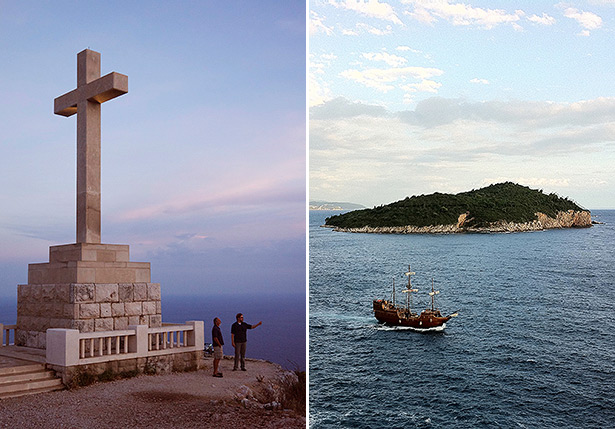 You can see the complete wall from this vantage point. What an amazing place. 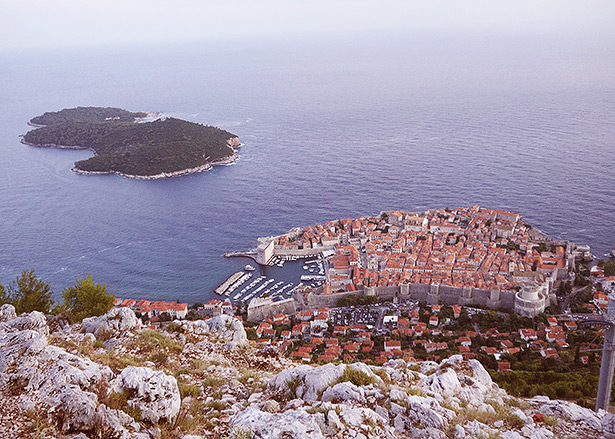 Wow, what a trip! I have to say that we were both thoroughly impressed with our guides and the REI Adventures program. Every detail was thought of ahead of time, making this probably THE most relaxing trip I’ve ever been on.

The Croatian people are just beautiful people. Their casual hospitality is what would be considered outstanding service in the US. We also very quickly discovered that about 95% of the people that we talked to speak English…and good English at that. It’s a required language in the schools, with classes starting from a very young age.

Although quite popular with Europeans, Croatia seems to still be largely untraveled by Americans, making it something of a treasure still. At times, it almost had a Wild West feel, or a combination of Mexico (but cleaner) and Greece (but less crowded and less expensive). We heard that Croatia may be joining the European Union next year, so if you’ve been thinking about visiting, do it sooner rather than later.

After today, we spent five more days in England. So, up next — London!