split (but not the banana kind) | croatia

On Day 8, we said goodbye to all but five of our trip-mates while we went off on what REI calls the “Dubrovnik Extension”. It’s basically five extra days in the Dubrovnik area, just for those that want to experience a bit more of the southern coastal region of Croatia via hiking and kayaking.

After breakfast, we headed to Split, a city known for growing up around the Emporer Diocletian’s vast Roman palace, one of the largest and best-preserved palaces still standing from the Roman world. 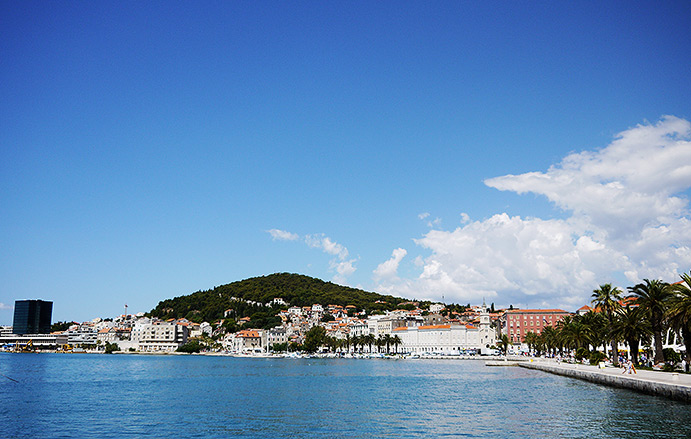 It’s now a bustling city, complete with the outdoor dining scene that is common to every city we’ve visited thus far. I wish we had more of these in the States. They add so much color and community to any area. 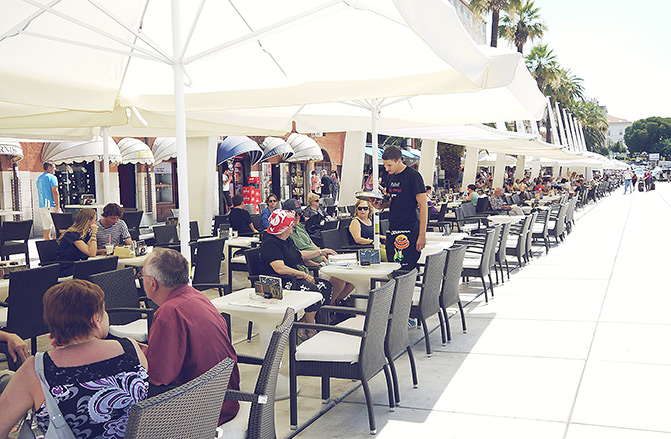 This is what Diocletian’s Palace once looked like back in 305 AD. However, Diocletian died in in 316 AD, and the palace was thereafter used as administrative offices…up until 615 AD, when refugees from a nearby city took shelter here. They just moved on in (lucky!) — the richest took up residence in the emperor’s apartments and the poorer folks settled in the towers and above the gates. Since then, the palace has been inhabited by people living and working within its walls, creating yet another example of continuous urban dwelling. This place is like heaven for architecture buffs as the inhabitants built new structures over the centuries, so you can see many different examples of European architecture from 305 AD, all the way up until nearly present time. 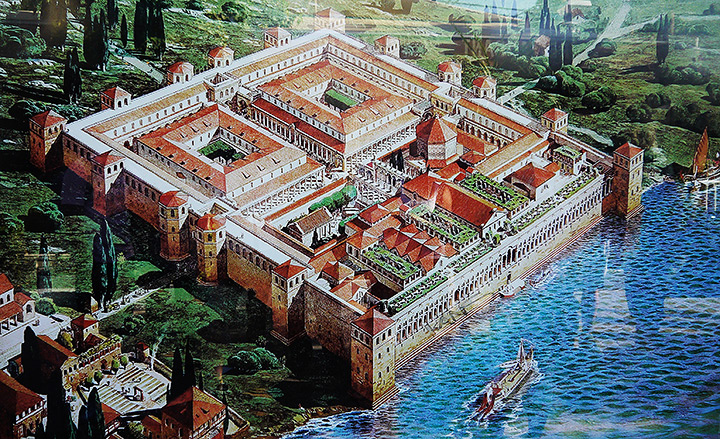 We took a tour through the basements of the palace — they think this is what the Emperor’s apartments looked like before they were “remodeled” by the refugees. 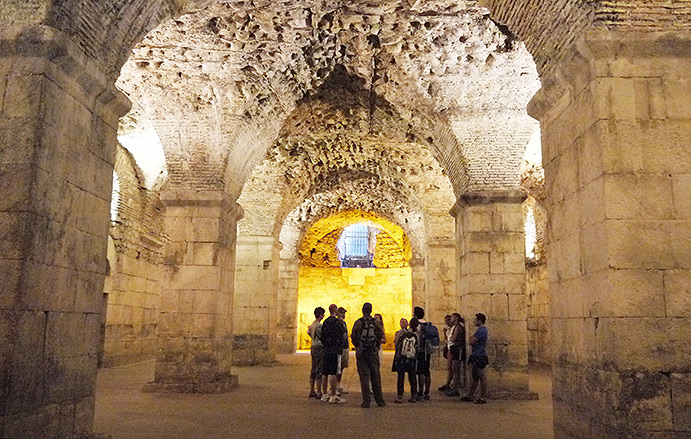 We chanced upon an a cappella group singing within the palace. It was the perfect spot for them since the acoustics created by the surrounding walls were perfect for them. 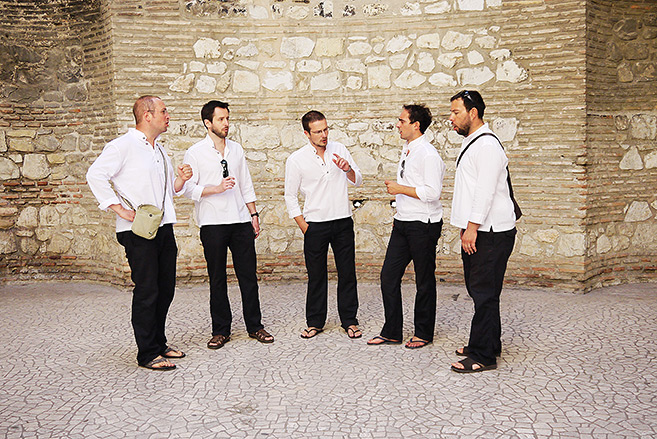 It’s amazing how people just go about living their regular lives within this palace that is over 1700 hundred years old. It really gives one the sense that one is walking through history — that they, themselves, are making up part of the history of that area. 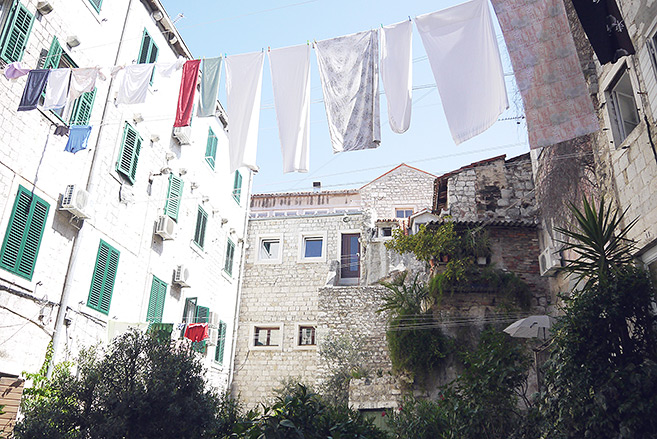 I snagged this shot below, while walking along the street and, funnily enough, I think it’s one of my favorite from the whole trip. It reminded me of how similar we all are. Even people half way across the world own white toy poodles…and leave them at home while they go to work. 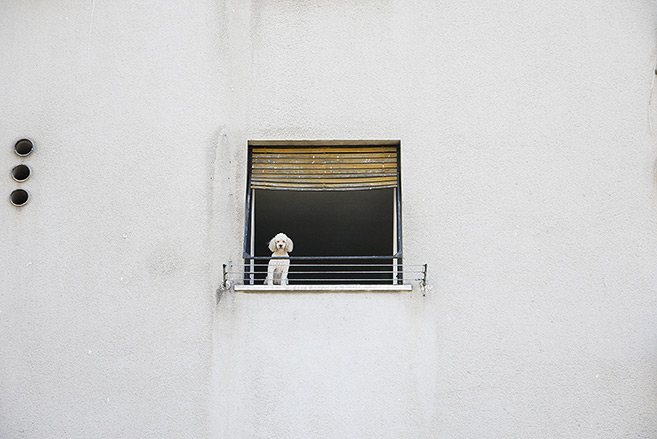 We spent the second half of the day exploring the mountains and enjoying yet another amazing lunch at the home of our local hiking guide. I think I’ll share that in a different post and sign off here for now. Thanks for reading!